What is Spotlight, and is it going to replace Google? 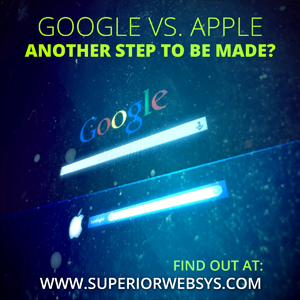 We all love Google. It gave us a search engine that beat others and gave us a superior access to the Worldwide Web. Moreover, businesses enjoyed its ranking method to advertise by doing on site SEO optimization and using other similarly simple methods of attracting customers.

By ‘simple’ we do not necessarily mean ‘wave of a magic wand’ kind of simple, but you sure could put in some decent effort and get a decent result for it in exchange. What’s definite, is that it easily beat the paid ads that stop working as soon as you stop paying.

Trouble has been brewing in paradise, however. Until only a few years ago, it was all nice and relatively simple, but the amount of paid ads has become mind blowing. Some search phrases result in a whole page filled with paid links. Some overflow to the second page and the third. Organic SEO has been made more and more difficult over the years by the numerous Google algorithm “updates”. And even if you do manage to get to the first page, you will often be outmaneuvered by the paid links that Google puts there.

That’s the story of how Google became the tyrant instead of the ‘Power to the People’ engine that it declared itself to be in its early days. It was only a matter of time before a contender to the title of the People’s Search Engine came into the arena. And it seems that we may have one one the way.

Is Spotlight The Alternative?

The SEO and Web Development specialists are cautiously observing a new, promising phenomenon that is being prepared as the ‘upper cut’ blow to Google’s dominion over the Web. It is being launched by another software giant, Apple.

Between you and us, we know that Apple are not known for their outstanding altruism. However, if they are at least capable of providing a viable alternative to the ad-infested Google platform, we are all for it.

So what is Spotlight?

According to sources in Apple, the new search engine generates search results that are a 100% ad-free. It still sounds like what Google were saying in their early days and we tend to take it with a grain of salt. But hey, if the big boys are into fighting it out, we can only sit back and enjoy the show.

The last fight between those two giants gave us a whole booming market of iPhone alternatives. Who knows, maybe this one will produce a real diversity in Search Engines. It may actually reopen the fast-closing doors to Organic SEO that we, as businesses and Web Development and Marketing companies, have grown to rely on.

The way that Apple is going about this move is very slow and cautious, so we should not expect a revolution to erupt and change the world any time really soon. But when it happens - who knows, maybe we will have something new and fresh on our hands.

For now, we advise to sit tight and wait for it to unravel, and we will be sure to bring you news updates as the show gets on the road.